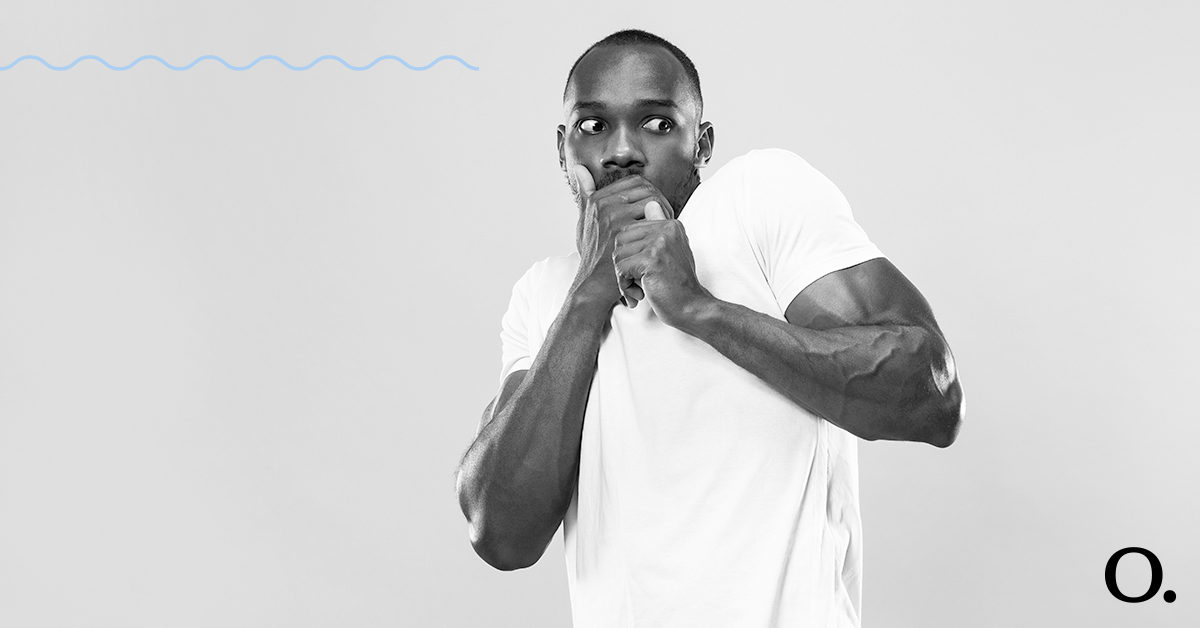 No one likes receiving negative comments or reviews.

Not all negative comments cause harm. Sometimes, these comments can make you aware of issues that you didn’t know existed and can provide you with the opportunity to demonstrate your exceptional customer service.

However, it can be more damaging to your brand to delete these negative comments rather than deal with them.

The way your business handles negative comments is important, it demonstrates the level of customer service that you offer. One big no-no is to be defensive. Handle it like a boss, and you may turn the negativity into a positive.

We’ve put together some examples of social media fails that businesses have responded to and ultimately managed to turn the situation around.

Okay, so this one is not technically a social media fail turned into a positive, but it’s a good example of a company owning a mistake and turning it into a success. Chevrolet was quick on their feet and able to avoid an epic social media meltdown.

Back in 2014, Chevrolet spokesman Rikk Wilde was presenting keys to the new Chevy Colorado Bumgarner to the MVP and the man who gave the car its name – baseball player MVP Madison Bumgarner. (Interesting fact – he is commonly known as Madbum). Rikki Wilde tried to describe the features of the truck and said, “Combines class winning and leading, um, you know, technology and stuff”.

Chevrolet was quick to own this blunder on their social media campaign by acknowledging the humour and ridiculousness through memes. It went viral on Twitter! Chevrolet turned this fumble to their advantage, and it provided them with an opportunity to add a little personality. 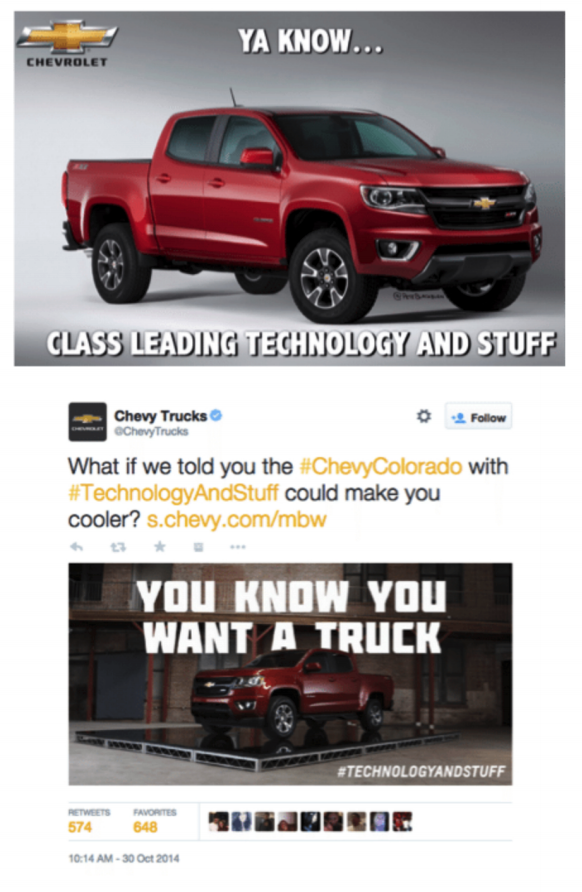 Now, poor old Woolies get their fair share (maybe even more) of negative comments on social media, especially on Facebook. Perusing their official Facebook page, there are numerous negative comments.

However, Woolworths is good at identifying a good opportunity when it presents itself.

In 2014, a customer called Ryan Goodall commented on the official Woolworths Facebook page, expressing his disappointment over an overripe avocado.

Within the hour, Woolworths addressed the issue and kept the mood light and humorous by saying, “Ryan! The disappointment is more than we can bare! Private message us your number and we will hook a brother up.” This had a positive response with other Facebook users as the post had 2185 shares, and customers creating memes. 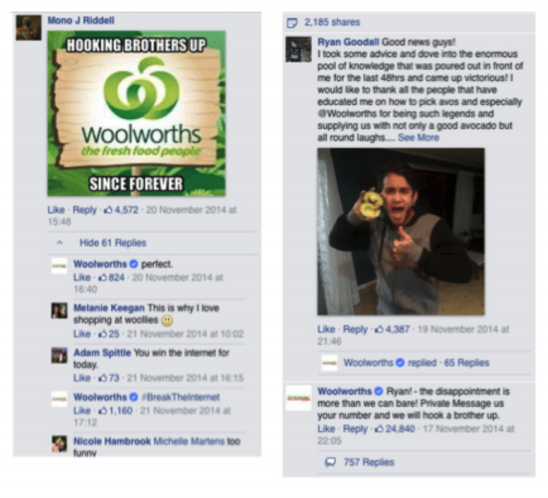 MAC cosmetics shared an image on Instagram in January, from New York Fashion Week, a close up of a model’s lips wearing “Matte Royal”. 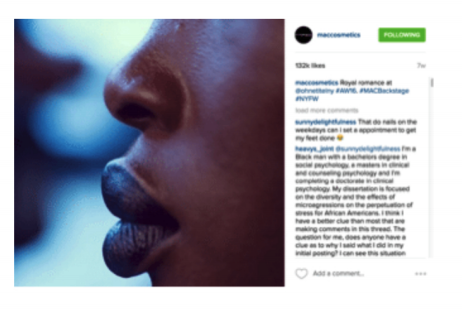 As a result, there were racist comments related to the model. There are currently over 26,279 comments on the image.

This image went viral, and Mac Cosmetics had to respond quickly. As the image was posted on Instagram, it is difficult to reply to each individual commenter so MAC addressed it in their Instagram bio, “The Official M-A-C Cosmetics Instagram. All Ages, All Races, All Sexes.” 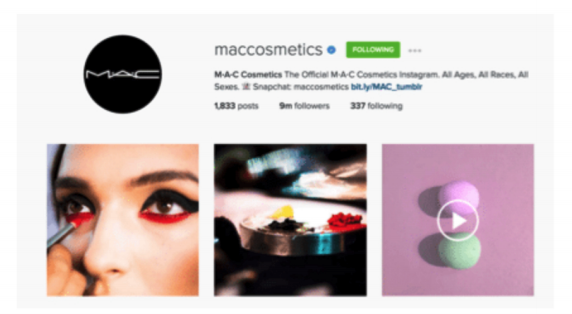 Beyoncé would be proud.

In the spirit of Valentine’s Day and all things love and romance, Adidas posted a photo on Instagram of two ladies wearing Adidas shoes, and with the caption, “The love you take is equal to the love you make”. This image quickly gained media attention, with articles on Huffington Post to Perez Hilton and US magazine and has over 171,175 comments and 304,000 likes. 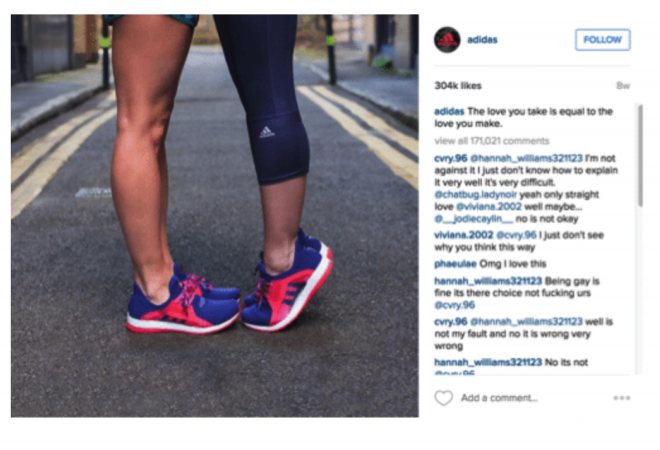 Regrettably, similar to MAC cosmetics, it was met with a number of negative comments. Adidas employed a more direct approach to handling the trolls; to show how seriously they take their zero tolerance policy with homophobia they responded to a majority of comments with a side of cheekiness by using a well-placed emoji and wishing everyone a happy Valentine’s Day. (Also Adidas has added a non-homophobic clause in their contracts with their athletes – they can’t be terminated or have a change in the contract if an athlete reveals publicly that they are lesbian, gay, bisexual or transgender – we love it!)

This one is an oldie, but a goodie! Back in 2012, British man Richard Neill commented on Bodyform’s Facebook Page about the misleading female product advertisements and asking why the company had “lied” about the female time of the month. The post gained popularity swiftly, gaining 104,000 likes. 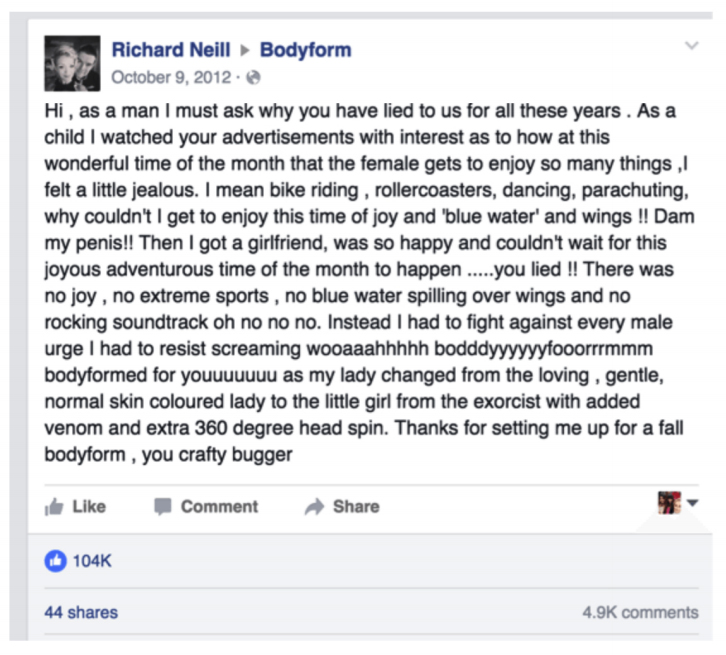 Bodyform quickly responded, and took it to the next level by creating a video to respond. The video resulting in becoming very popular with both males and females, with 5,782,937 views on Youtube alone. The tongue in cheek response was taken very well with audiences and gained a favorable outcome.

The video is hilarious and witty from the get go, the fictional CEO Caroline Williams states, “I think it’s time we came clean… We lied to you, Richard and I want to say sorry… Sorry”. She then goes on to explain why the company had to use metaphorical imagery as the men were unable to handle the truth of the “blood coursing from our uteri like a crimson landslide” and drinks a clear blue liquid.

You can watch the hilarious video here. 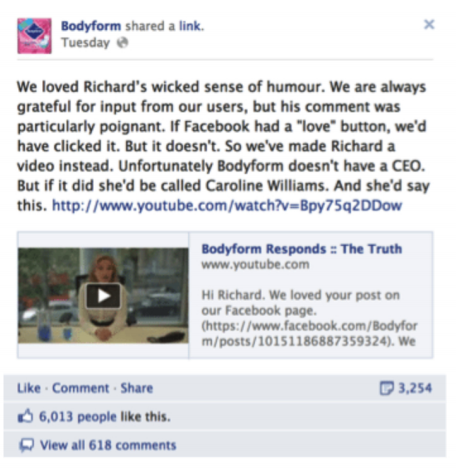 So there you have it! Negative comments don’t always result in long-term negative consequences.

These companies made the conscious decision to handle and respond to these negative situations; they have gained invaluable brand awareness, experience and a fresh perspective from consumers. They may have even gained a few followers along the way…

Get out there and respond to all of your comments – the good and the bad, like a boss, and have fun!

Still struggling? Head over to our blog on trolls and how to manage them.